Nick learned from various college instructors, including Ray Moore (classical), Phil Snedecor (classical), Luis Engelke (Classical), Bill Warfield (jazz), and Alex Norris (jazz). During his senior year at Towson, he completed an Educational Psychology research project on 'The Psychology of Music: How Music isPresent in All Our Lives.' 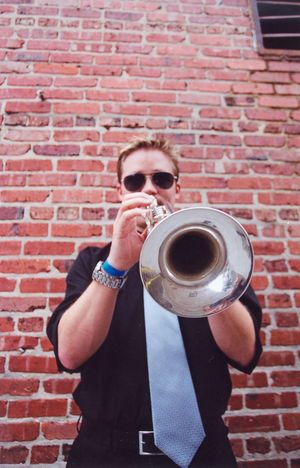 In addition, Nick began his instructional career in 1998, assisting in instruction at the Towson University Preparatory Department, and assisting as an adjudicator at the local Baltimore Lutheran School. He also began his role as private instructor, using studio space at Coffey music. In 2000, Nick received his B.S. Degree in Music Education with a concentration in Jazz Performance.Like all great musicians, Nick takes special pleasure in his performances. Early in his musical career, a majority of his performances were related to his coursework. During his Towson years, Nick was a member of t

In addition to his work with these groups, Nick has performed in various musical productions, including City of Angels; Jesus Christ Superstar; Annie, Bye Bye, Birdie; The Music Man; Guys and Dolls; A Chorus Line; and Hello Dolly.